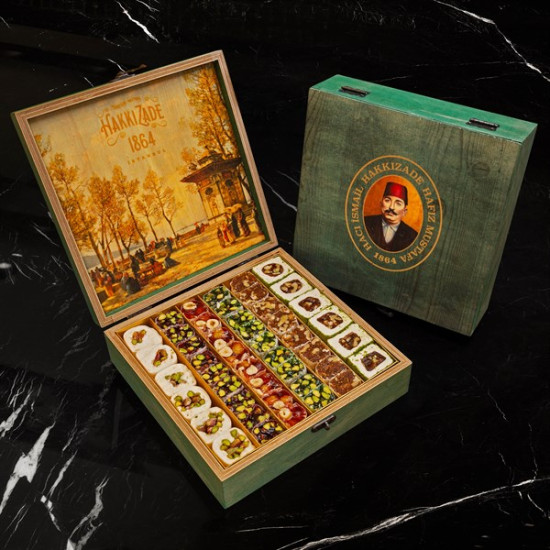 Get to Know the Mixed Turkish Delight

Turkish delights is one of the most famous and oldest Turkish sweets types as the industry thereof was started approximately 500 years back. It’s a jelly dessert served in the form of chewable and delicious small pieces made of starch and sugar of different flavors and colors determined by the ingredients used in the manufacture thereof.

The name comes from Arabic as it was called “rāḥat-ul hulkum” (throat relief) because the taste thereof is very comfortable to the throat. The name was changed later so it was then called “hulkum” or lokum.

The name in English is “Turkish Delights”; a title given to it by a British traveller who visited Istanbul at the end of the nineteenth century, tasted and admired it, then decided to take some home where he called it so.

Hafiz Mustafa sweets history started since 1864 during the reign of the Ottoman Sultan Abdulaziz, when Ismail Hakki Be, Hafiz Mustafa’s father, started making sweets in the basement of the building in which they live in Eminönü Bahçekapı area, Istanbul. He gained a good and wide reputation due to people’s admiration of this sweets.

His son, Hafiz Mustafa, was a “muezzin” in Erbaşlar mosque, yet he was fond of and interested in the sweets business, so he learned Turkish sweet industry from his father and started assisting him. He invested in the good reputation of Turkish sweets all over the world and added, in addition to traditional sweets industry, the production of coffee, tea, chocolate, Turkish delights and other products that wide spread in different countries.

Hafiz Mustafa was awarded 11 medals in the field of sweets and pastry industry in Europe between 1926 – 1938. His son Cemil Bey followed the footstep of his father in the march of success and expansion. A book was written on Hafiz Mustafa by the Colombian author Francisco Leal Quevedo entitled: “Hafiz Mustafa Secrets”.

Hafiz Mustafa sweets stores are considered one of the most popular destinations for tourists who would like to try the original and delicious taste of different kinds of Turkish sweets in addition to exporting the same to many countries worldwide.

Learn How To Prepare Turkish Delight

In this report, you’ll see how Turkish delights is made in Turkey by the hands of Turkish delights’ experts and craftsmen such as Hafiz Mustafa in which he explains from A to Z way of preparation, quality of materials used, and utmost cleanliness while processing.

How Do You Get The Turkish Delight Box

Sent packages are anaerobically and tightly packed in a very distinguished way and dispatched to you by DHL the fastest shipping company all over the world. 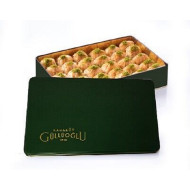 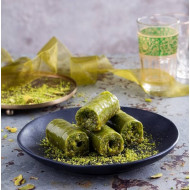 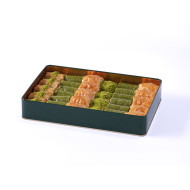 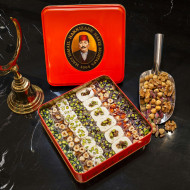 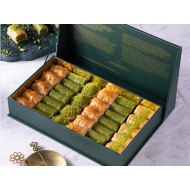 -19 %
Fresh Assorted Mix Baklava Gift Box 1kg
The Gulluoglu family is one of the most important baklava producer families in Gaziantep. There are many baklava shops under the name of Gulluoglu i..
65USD 80USD
Ex Tax:65USD
Add to Cart
Add to Wish List Compare this Product
Buy Now
Quickview 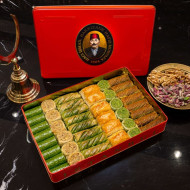